On offense, Trapwire should be used to cover flanks when committing to a single site.

On defense, Cypher should use Trapwire to cover common site entryways that he does not want to peak.

On offense, advanced Cypher players can use Trapwire post-plant to cover the bomb. This will result in enemies attempting to defuse, triggering the Trapwire and being pulled away from it. This setup makes for easy advantages if it comes down to a 1-v-1 where Cypher can just sit and wait for the enemy to trigger the trap to know exactly where they are.

Cypher can obviously use Trapwire in several ways. Advanced Cypher players will know some sneaky line-ups and hiding places to catch the enemy off-guard. A common example is to put the trap at an entryway but behind structures, so the enemy cannot destroy it without using abilities.

On offense, Cypher should look to use Cyber Cage in the same way attackers will normally use smokes. Cypher should use this to block angles so he (or his allies) can reposition around the battlefield.

On defense, Cypher can use Cyber Cage at entryways to force enemies to delay their push or simply require them to aimlessly run through the smoke onto the site.

On offense, advanced Cypher players will use Cyber Cage to generate one-way smokes on offense! These are very tricky and there isn’t a lot that exists, but they are extremely influential when used!

One of the best uses of Cypher’s Cyber Cage on defense is to use it for one ways. There are a lot of places that can be tricky to reach, but with some practice, these placements can easily win rounds on their own!

On offense, the most practical use of Spycam is to quickly set it up and use it to peak a corner onto the site. This allows Cypher to quickly gauge how many defenders are on-site and where! This usually ends up with the Spycam being destroyed in a second or two, but not to worry! That’s enough time to quickly gauge the site and after the 45-second cooldown, Cypher can use Spycam again!

On defense, Cypher will always look to use Spycam defensively. Usually, this means playing far back on the site and using the Spycam somewhere on site that enemies will not easily see it. This can give Cypher more information than he may even know what to do with!

A more advanced use of Spycam is to set it up in an inconspicuous place on the flank. This allows Cypher to easily keep tabs on enemies rotating from other sites on the flank and can lead to a quick kill for a numbers advantage!

On defense, Cypher should look to use Spycam in very unorthodox places that are hardly ever used. The point of this strategy is that common Spycams are easily avoided by knowledgeable enemies and often destroyed within a second. Although Cypher may not be able to gather much information, it will last the whole round and can likely be used several rounds over.

On offense, Cypher should use this after a pick on a single player. In the event of a pick, Cypher’s team likely won’t have much information about the other players’ locations so Neural Threat will get that information for free!

On defense, a great use of Neural Threat is to use it when enemies haven’t committed to a site yet. If there is an enemy corpse nearby, using Neural Threat allows Cypher’s team to stall out their push even longer because enemies will fear pushing after their location is revealed.

A great trick on offense with Neural Threat is to pair it with a cheesy strategy for a quick early-round kill. Pair it up with teammates’ abilities for a kill or try predicting an enemy’s position and use your Spycam as bait to draw enemy fire. Quickly swing the corner and get the kill. It’s fine to sacrifice your Spycam because it will be available again in 45 seconds AND after getting the kill, Cypher uses Neural Threat to locate his enemies anyway!

Probably the best use of Neural Threat is when positioning more aggressively on defense. In economy rounds, Cypher should look to hold a corner tightly and use a shotgun for a surprise kill! Immediately follow it up with Neural Threat and you might even be able to swing the next corner to get another shotgun to kill! It’s more of a cheesy play, but it’s a good strategy to get a quick kill or two and edge out the round victory.

Basic Strategy for Pistol Round

A basic strategy to pistol round defense on Cypher is to just purchase as much utility as possible. For Cypher, this means two Trapwires and two Cyber Cages. This combination gives Cypher an easy way to hold a site on his own and provides enough utility to delay a full team rush by a second or two.

Cypher should look to purchase a Cyber Cage and a Ghost. Having one Cyber Cage gives utility for repositioning or getting easy access onto the site. The benefit of Ghost on top is that he gets some added firepower that is always useful on offense!

Basic Strategy for Economic Round

Cypher’s economy round purchases depend on whether he will be holding a site on his own or with teammates. If alone, Cypher should purchase full utility, Light Armor, and if the credits are there, either a Judge/Spectre or a Sheriff/Marshall (depending on whether he wants to play aggressively or defensively). With a teammate, it’s usually best to invest in a Cyber Cage, a Trapwire, Light Armor, and a slightly better gun. With the 300 credits difference, Cypher may be able to get a Sheriff instead of a Ghost, a Judge instead of a Spectre, or even a Bulldog instead of a Judge.

If possible, Cypher should be using his credits for Light Armor, an above-average gun, and a Cyber Cage or Trapwire (preference). Cypher should exclusively use his Spycam for protecting the flank in these rounds and use his abilities for post-plant situations.

Cypher should always look to purchase his abilities, Heavy Armor, and a weapon that will compliment his team’s defensive setup. If he is holding a site on his own, he should prioritize a gun for a more extended range (especially in a more prominent site). If he has help, he should look to prioritize a Phantom.

Cypher needs to make sure he gets his use out of his abilities. As such, Cypher should never be the first to enter the site. Purchase all abilities, Heavy Armor, and a Phantom or Vandal (preference). Cypher should look to gather information for his team and cover flanking positions.

Advanced Strategy for Pistol Round

An advanced strategy is to purchase one Cyber Cage and a Ghost. With this setup, Cypher can line up a Cyber Cage one-way at the entrance to the site and pick off enemies as they attempt to push through or reposition around the Cyber Cage.

Cypher should invest in a Cyber Cage and a Ghost. This gives Cypher the added lethality of an upgraded weapon and some utility from the Cyber Cage that can be used for pushing onto the site or saved for post-plant setups.

Advanced Strategy for Economic Round

Cypher should always look to grab Light Armor, at least one Cyber Cage, and a budget weapon to spam through his smoke, like an Ares. A common strategy seen with more advanced Cypher plays is setting up a one-way Cyber Cage down a long entrance to the site and unleashing the Ares’ power on his enemies as they approach, unaware of the trap they have walked into.

Cypher should consider ‘shadowing’ his team. Defending enemies often get carried away when they have the economic advantage and take fights that would generally be risky. With that in mind, Cypher can position several meters behind his teammates and set up his utility to watch flanking angles.

Combine that with a weapon that can capitalize on the knowledge of their flank (like a Judge), and Cypher can pick up a free kill. As such, Cypher should purchase a Trapwire or two, Light Armor, and a good, close-quarters weapon of choice!

On defense, Cypher is the king! Cypher should always get all his abilities, Heavy Armor, and his optimal weapon of choice. Set up those one-way smokes, tricky Trapwires, and a Spycam to compliment how Cypher plans on positioning to make his site virtually impenetrable.

On offense, Cypher should always prioritize his abilities and Heavy Armor (as most agents do). Follow that up with a weapon that compliments his team’s intended execution plan, and he will be ready for a good round! Cypher should use at least one Trapwire to prevent a flank and use Cyber Cage line-ups to set up easy site access.

Cypher’s kit is notorious for its defensive capabilities. Although it’s true, his prowess on the attack is just as impeccable when piloted correctly. Most of his peak advantages come from playing on the site, but Cypher can undoubtedly be used as a ‘fly-on-the-wall Agent who can use his information to get the perfect flank on the enemy.

Cypher’s kit is perfectly capable of adapting to his user’s playstyle if the player is creative enough to see the different ways that they can use his abilities to do so. Make sure to always communicate with teammates; Cypher’s intel is good for Cypher, but it’s great when shared with the team!

“Nothing stays hidden from me. Nothing.” 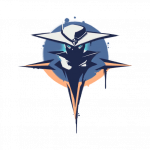 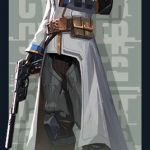 I See You Spray 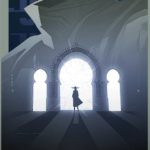 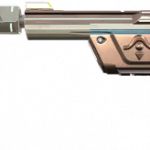